Okay, well, this is how I actually taught myself to draw anime: drawing character sprites from Pokemon SoulsiIver! I'm not really sure if these are good (I drew them in 5th grade), but I'll put them here anyway. Nice memento. 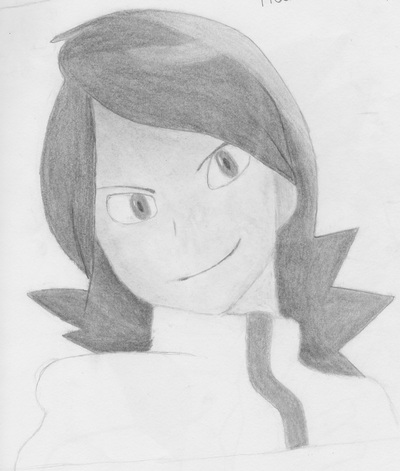 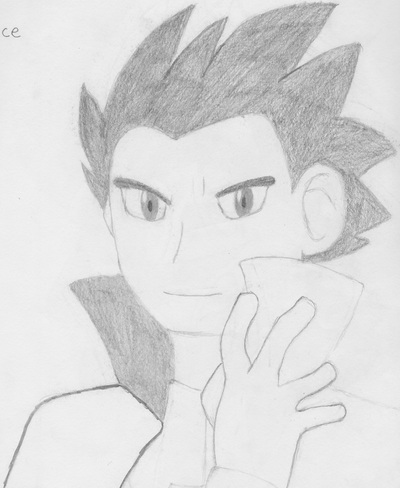 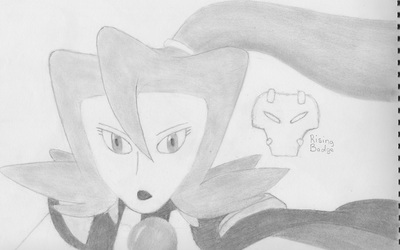 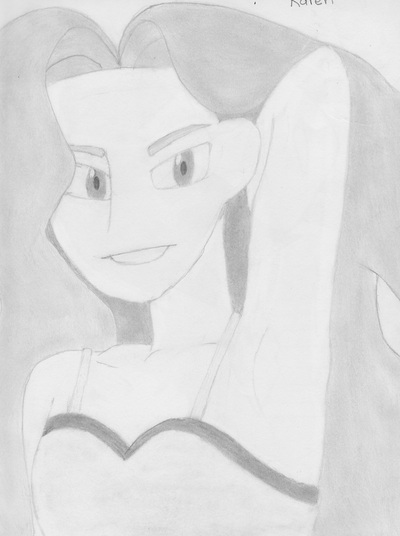 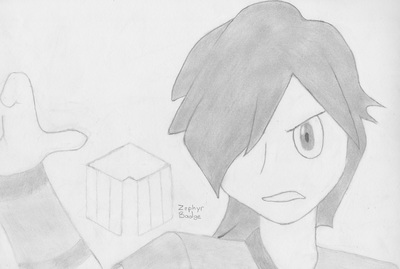 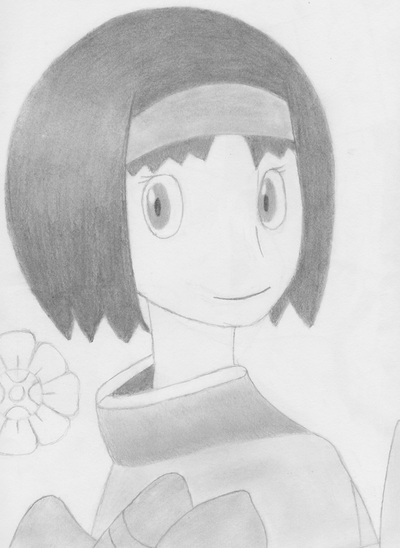 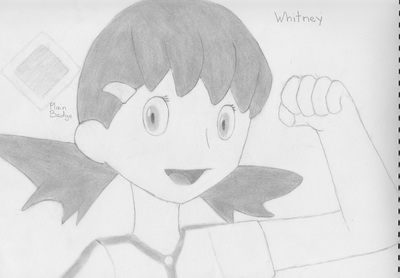 These were the very first anime characters I drew from my imagination. As you can see, they start off with terrible monkey faces and end in something that closely resembles Taylor Swift (lawl). I started drawing them just so I could model them after elements like fire, grass, earth/rock, lunar power, solar power and light, darkness, water, ice, lightning, and air. Sooner or later though, I included them in my book Prisma. As you can probably tell, I CAN'T DRAW GUYS. Well, I couldn't back then, anyway. These are only the black-and-white versions though, I hope to have the colored versions up later. If my scanner will work. 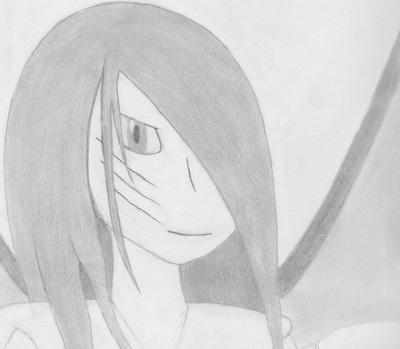 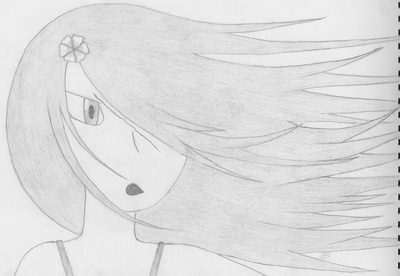 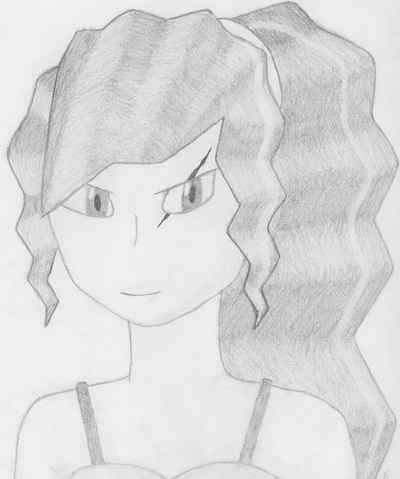 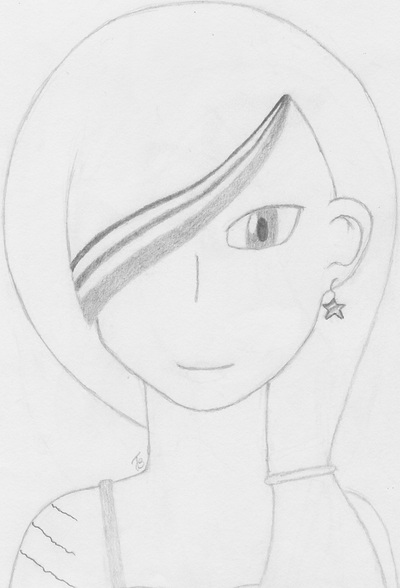 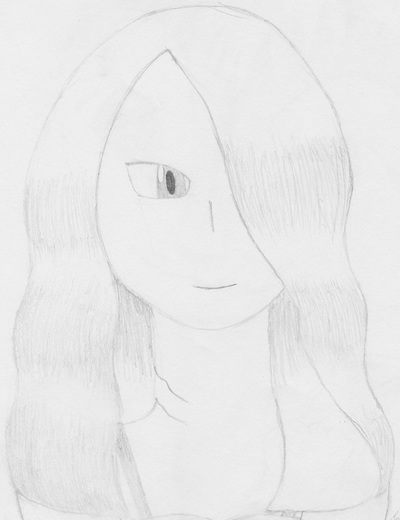 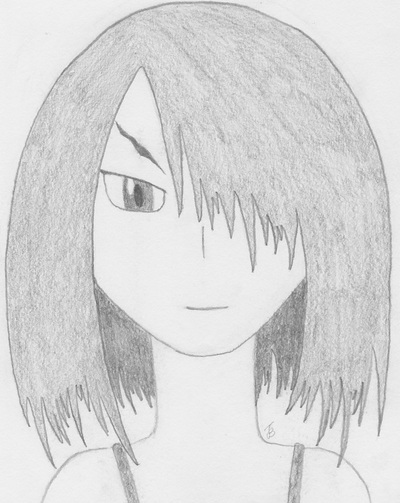 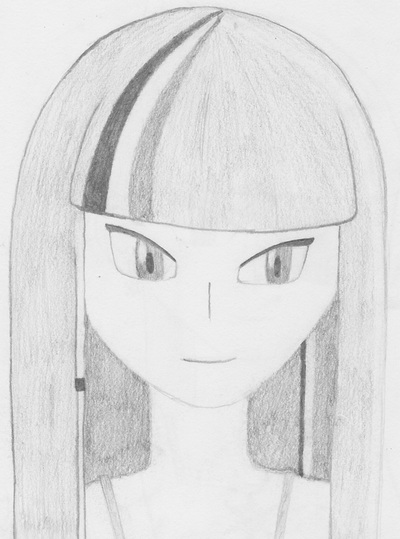 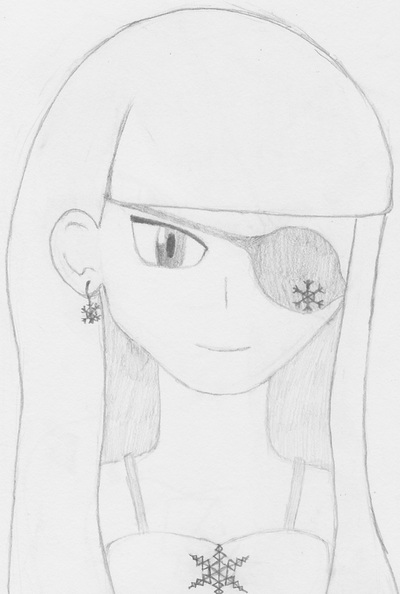 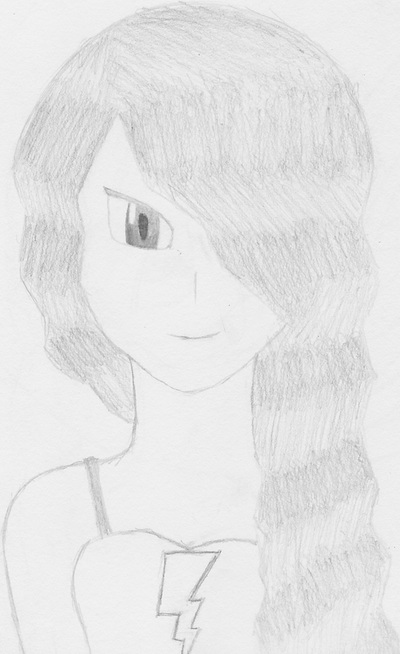 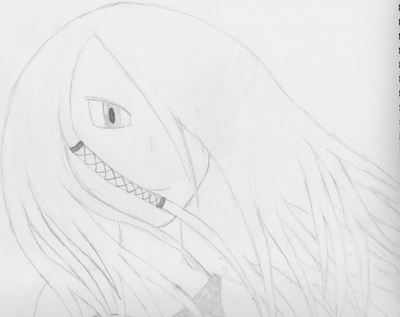 Developing Onyx & Clover
(And a few other characters)

Yep, you can obviously tell which ones I drew recently and which ones I drew several years ago. Onyx and Clover were my first original characters, and I keep their generations running in every book of mine. It's kinda like Link's incarnations in the Legend of Zelda, but in my characters' case all their past generations' memories and power gets transferred to Onyx. Yeah, long story... 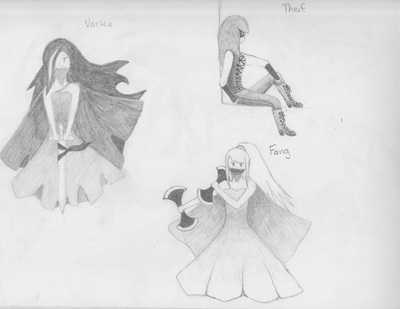 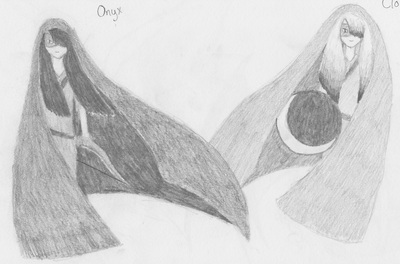 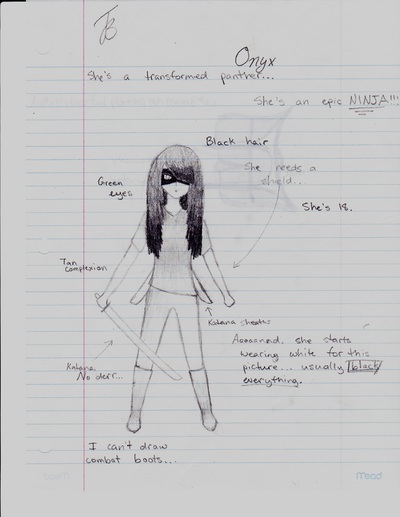 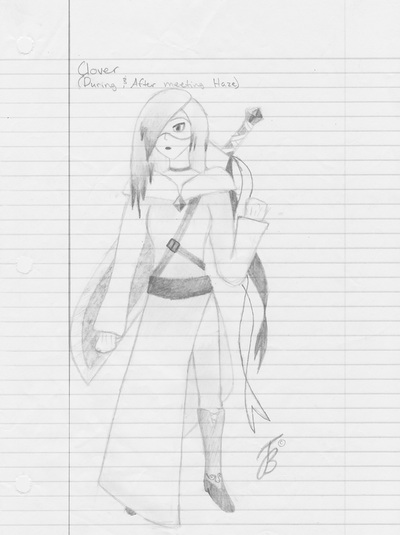 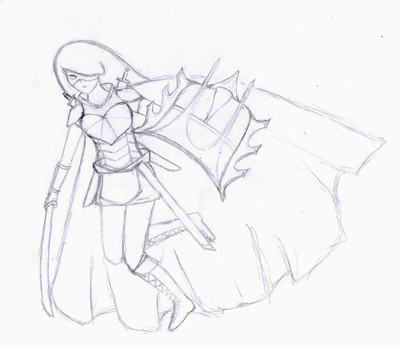 And then a few random drawings of BosS characters. 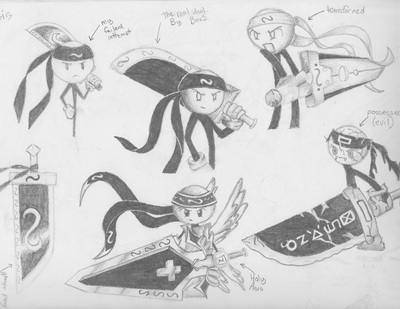 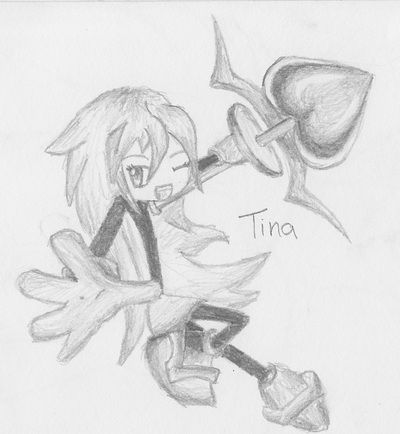 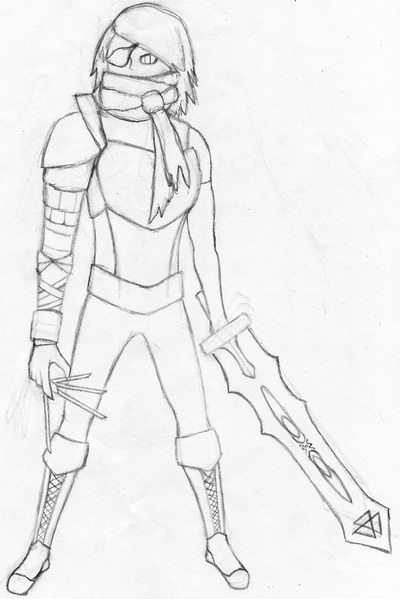 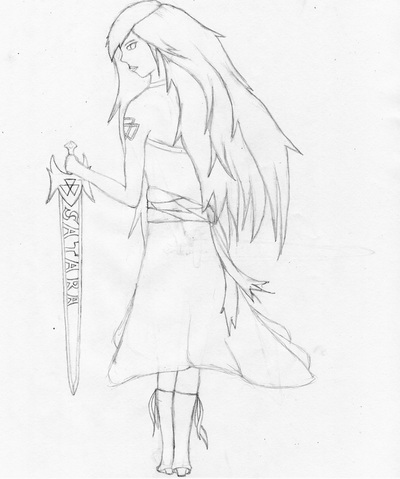 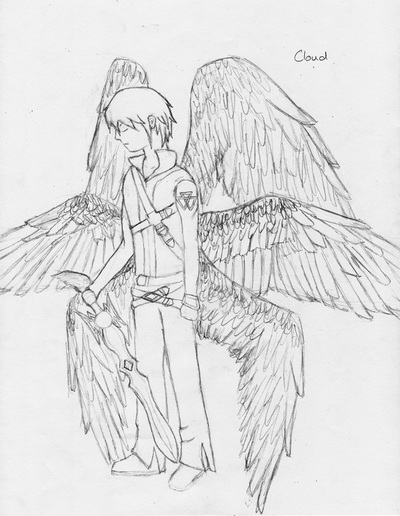